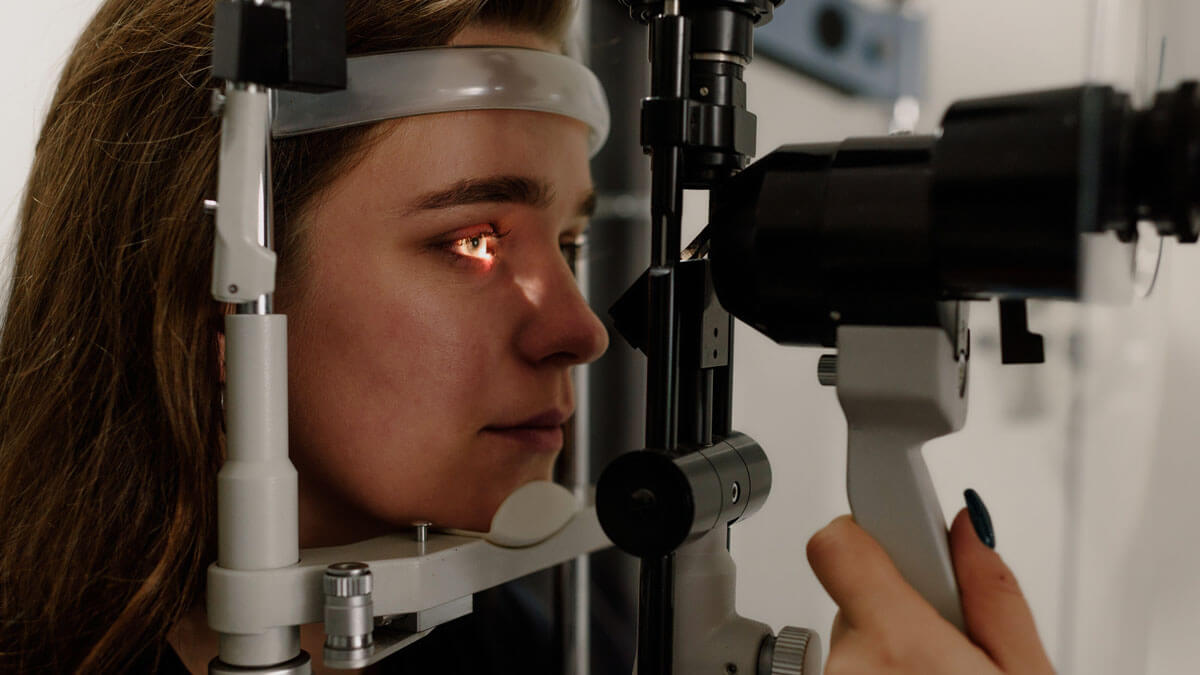 Yes! Marijuana is not a viable primary treatment for glaucoma. But, despite its detractors, marijuana may still be beneficial when included in glaucoma treatment. Why?

When it comes to treating glaucoma the goal is to prevent blindness. And that is the most important objective. But the emotional and psychological effects that come with this disease are often pushed to the sidelines.

For instance, anxiety, which crops up after being diagnosed with a chronic condition. Worry sets in and questions like,

“Will I manage to live my life like I used to?” or,

“What’s the worst possible scenario?” go through a patient’s mind.

If anxiety goes unchecked, it could develop into more serious problems. For example, depression.

And for a patient’s recovery, both body and mind should be in synch.

So, when it comes to recovery on all fronts; both physical and psychological, marijuana has an upper hand compared to most medicines.

The most referenced studies on marijuana and glaucoma came from the 1970s. That’s when scientists discovered that THC (delta-9-tetrahydrocannabinol) was responsible for reducing intraocular pressure (IOP) – a major contributor to glaucoma. Till today, these findings are the pillars that marijuana for glaucoma rests on.

However, since the seventies, a lot has changed in glaucoma treatment. Then, glaucoma medication had adverse side effects and wasn’t as effective. But today’s glaucoma medicine, as we’ll see, has eclipsed previous medication and even medicinal marijuana.

And as progress continues, the next generation of glaucoma treatment will likely treat the disease more directly and hopefully even reverse its progress.

Even so, we’ll take a look at the first marijuana and glaucoma studies that paved the way for further research.

Hepler and colleagues started their series of marijuana and glaucoma studies by investigating the effects of oral cannabinoids on intraocular pressure (IOP) on both healthy patients and those with glaucoma. This study involved administering oral delta-9-tetrahydrocannabinol (THC) to their patients. The result was a significant reduction of IOP after 30 and 180 minutes from the administration.

These results uncovered marijuana’s ability to significantly reduce intraocular pressure (IOP). What followed were more tests by other researchers on marijuana’s effects on glaucoma in the succeeding years.

How does weed help glaucoma?

High intraocular pressure comes about when there’s a blockage in the flow of fluid that helps the eye maintain its shape. When this flow is restricted, pressure builds up which in turn decreases the flow of the nutrients to the optic nerve.

The optic nerve is the ‘cable’ that transmits visual stimuli from the eye to the brain which enables us to see. When damage to the optic nerve is significant, the result is permanent vision loss.

But, one caveat in the reduction of intraocular pressure with marijuana is that it only lasts for 3-4 hours; a far cry from the 24-hour requirement when treating glaucoma.

So, for continuous control of intraocular pressure, a patient would have to smoke every three hours; approximately 10 joints a day. Unsuitable because, besides the glaring risk of addiction, they would be too intoxicated to get anything done.

2. Marijuana may offer neuroprotection to the optic nerve from damage

Studies testing whether medical marijuana would offer neuroprotective properties in humans are scarce but abundant in animal studies.

The neuroprotective properties of cannabinoids could also be linked to the vasodilation capabilities of marijuana.

A study by Hommer et al. in 2020 revealed that orally administered Dronabinol (THC) increased optic nerve head blood flow in 24 healthy subjects. This suggests that nutrients could be supplied to the optic nerve efficiently.

Additionally, Green et al., back in 1978 conducted a study on rabbits that received THC intravenously. At the end of the study, the rabbits showed increased ocular blood flow.

However, experts argue that marijuana’s tendency to lower blood pressure may cause even greater destruction to an already compromised or at-risk optic nerve.

Pain is uncommon in glaucoma because it usually progresses slowly without warning. But, patients dealing with acute angle-closure glaucoma may experience attacks characterized by severe eye pain and headaches.

The pain-relieving qualities of marijuana aren’t under debate and it’s an adequate solution when dealing with chronic pain.

5. Deals with anxiety and improves sleep.

Anxiety will lurk in a patient’s mind when they get a glaucoma diagnosis.

Even worse, patients worry whether they might wake up the next morning without their eyesight. These thoughts could easily spiral into sleepless nights or depression.

When it comes to washing away negative thoughts then marijuana is the perfect ‘mind janitor’. Moreover, marijuana excels in sending patients to slumberland for a night of deep restorative sleep.

THC (Delta-9-tetrahydrocannabinol) is infamous for its psychoactive properties. But, when it comes to the treatment of glaucoma with marijuana, its use delivers the most results.

Most marijuana and glaucoma studies credit THC with reducing intraocular pressure and improving blood flow in the eye.

In the medical marijuana community, CBD is the cannabinoid darling. This is because CBD delivers marijuana’s medical value without getting users high.

Additionally, smart marketing from CBD oil manufacturers has made CBD seem like the all-natural healer of all debilitating conditions. Despite the obvious exaggeration, CBD does have legitimate medical properties such as:

So, how does CBD help in the treatment of glaucoma since all the studies referenced until now lean towards the ‘bad boy’ cannabinoid, THC?

The medicinal properties of CBD highlighted above make it attractive to glaucoma patients seeking relief from their pain, nausea, and vomiting minus the high.

Also, CBD may act as a vasodilator on blood vessels which may help increase the level of ocular blood flow.

Moreover, CBD has antioxidant properties that could prevent neuronal death. As a result, cell death is minimized which means the eye is protected even if one is predisposed to glaucoma.

Is CBD good for glaucoma?

When Dr. med. Ileana Tomida and her colleagues sought to understand the effect of sublingual application of cannabinoids on intraocular pressure they discovered that CBD administration didn’t reduce IOP. Moreover, they noted that when they increased the dose of CBD, IOP increased.

This study suggests that CBD raises intraocular pressure instead of reducing it. Therefore making CBD problematic in glaucoma patients since high eye pressure is the primary risk factor for glaucoma

More studies on CBD and glaucoma are still required. But it seems that patients should keep off CBD oil for glaucoma until there’s more information on the benefits and dangers of CBD for glaucoma.

Disadvantages of marijuana for glaucoma

So far, medical marijuana may seem like a good fit for glaucoma. But, there are several drawbacks:

Firstly, some patients may not appreciate the mind-altering effects of marijuana that may leave them too intoxicated to carry on with their daily tasks.

Secondly, the eventual development of tolerance towards marijuana due to continuous use would limit its usefulness as a potential treatment.

Thirdly, marijuana’s ability to reduce blood pressure while at the same time increasing heart rate may be troublesome for elderly patients at risk of cardiovascular disease and stroke.

Moreover, reduced blood pressure could lead to reduced blood flow to an already compromised optic nerve counteracting the benefits of a reduced IOP.

Finally, marijuana falls short when it comes to reducing intraocular pressure for extended periods. So, patients would need to take marijuana throughout the day to achieve optimal intraocular pressure. Yet, conventional glaucoma drugs are usually taken only twice a day to provide round-the-clock IOP reduction.

Whereas smokable marijuana (smoked or vaped) provides instant relief, its effects are short-lived. As a result, patients opt for edibles for their glaucoma. This is probably because the effects of edibles are more pronounced and last longer than other forms of medical marijuana. But, studies show that taking edibles for glaucoma would not significantly reduce IOP for greater periods.

Regardless of what the studies say, here are the best edibles for glaucoma:

Weed chocolate: This edible is great for microdosing where patients can enjoy bites from their tasty bar throughout the day while being in control (although edibles are very unpredictable and can take 30minutes to 2 hours to kick in). With weed chocolate taking a dose of marijuana every 4 hours doesn’t seem that extreme.

Marijuana gummies: These edibles come in many different fun shapes, sizes, and colors making them a tasty and powerful option.

THC powder: These powders are the most flexible edibles out there and glaucoma patients are bound to appreciate their versatility. Additionally, they’re odorless and tasteless meaning the smell of marijuana isn’t an issue with THC powders. Moreover, dissolvable THC powders could be mixed with drinks like shakes, smoothies, sodas, and tea.

Speak to an MMJ Doctor for your Glaucoma

Marijuana for glaucoma may be confusing given all the contradicting scientific evidence. Additionally, many accounts from patients who have taken control of their glaucoma through medical marijuana only add to the confusion.

So, what should patients with glaucoma do? Keep off medical marijuana entirely or try it out?

QuickMedCards believes that patients shouldn’t abandon their current treatment and self-medicate with marijuana due to the seriousness of glaucoma progression.

Yet, we advocate for medical marijuana in the treatment of glaucoma. Our knowledgeable and experienced MMJ doctors have treated many cases of glaucoma with success. Therefore, we encourage any patient with glaucoma to take control of their condition and book an appointment with one of our MMJ doctors then get certified for medical marijuana in their state.

Do the drawbacks of using marijuana for glaucoma outweigh its benefits?

Although modern conventional glaucoma medications are more effective and less problematic than those from the previous generations that have fallen into disuse, marijuana still has a place in the treatment of glaucoma.

In conclusion, patients should consult with a qualified medical cannabis doctor if they believe there’s a chance marijuana may slow or halt their glaucoma progression.