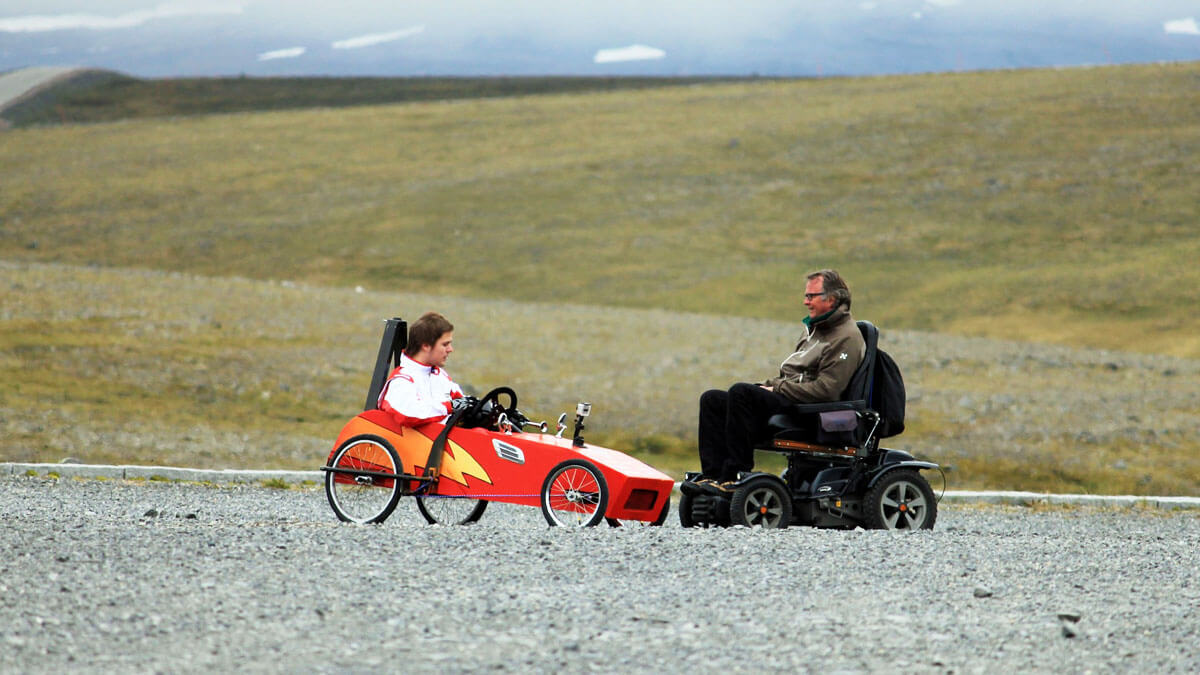 Medical marijuana is a must-have in every patient’s arsenal battling ALS. Besides being potent when relieving the many burdensome symptoms of ALS like spasticity, chronic pain, and sleep disorders, recent studies suggest that cannabis for ALS may improve longevity.

Mitch Albom wrote on Tuesdays with Morrie, “ALS is like a lit candle: it melts your nerves and leaves your body a pile of wax.” Despite the grim depiction, this is the reality of ALS.

Amyotrophic lateral sclerosis (ALS), Lou Gehrig’s disease, or motor neuron disease (MND) is a rare condition that attacks the central nervous system. Notably the nerve cells in the brain and spinal cord. As a result, ‘normal’ activities such as walking, chewing, talking, and breathing become strenuous. And due to the progressive nature of the disease, the situation worsens over time.

Unfortunately, there is no cure for ALS, and current treatment does little to alter the course of the disease.

Since Lou Gehrig’s disease has no cure, why add medical marijuana to an already populated medication list?

As we shall see, recent scientific revelations suggest that medical marijuana may be more effective in treating ALS symptoms compared to existing medication. Moreover, these studies also imply that marijuana may slow ALS progression. That would mean perhaps extending the lifespan of ALS patients and reducing the burden of the disease.

Besides jeopardizing a patient’s ability to control voluntary movement, ALS causes muscle tightness and involuntary contractions. That is known as spasticity, and it is a source of anguish for many patients. Although spasticity rears its ugly head for many debilitating conditions, it is particularly arduous to manage in ALS.

Current spasticity medications fall short in terms of efficacy and the intolerable side effects they cause. Worse still, these drugs intensify the lower motor neuron symptoms of ALS.

When dealing with spasticity, cannabis for multiple sclerosis (MS) has been an eyeopener. Many ALS patients have adopted medical marijuana for their spasticity because of how effective it is for MS.

A phase 2 trial done in Italy called CANALS sought to test whether Sativex (nabiximols), a cannabis extract, would be a safe, tolerable, and effective option for ALS patients affected by spasticity. The study involved 59 patients split into two groups, one receiving Sativex and the other a placebo.

At the end of the study, patients in the Sativex group had significantly reduced spasticity throughout the study. And the condition of those in the placebo group worsened. Additionally, the drug was well-tolerated, plus there were no adverse side effects.

Patients with Lou Gehrig’s disease will experience long periods of pain due to spasticity. So, a solution to this chronic pain is vital during treatment.

Why should ALS patients consider marijuana for their pain? Marijuana has potent analgesic (pain-relieving) properties. Additionally, it has less damaging side effects compared to prescription pain medication.

Sleepless nights are inevitable when dealing with depression, anxiety, plus the physical symptoms of ALS like chronic pain and muscle cramps. In fact, insomnia and sleep disturbances are widespread among patients with ALS.

Interestingly, depression is not as common as you might think among patients diagnosed with ALS. Most patients savor the time spent with their loved ones and find joy in the simple things in life they have control over.

Appetite loss is a severe symptom of ALS that may lead to cachexia and muscle wasting. To avoid malnutrition, patients can get an appetite boost from cannabis because of its ability to induce the ‘munchies.’

Shortness of breath is generally a precursor for eventual respiratory failure among patients with Lou Gehrig’s disease. As the respiratory muscles weaken, breathing becomes troublesome.

Shortness of breath is generally a precursor for eventual respiratory failure among patients with Lou Gehrig’s disease. As the respiratory muscles weaken, breathing becomes troublesome.

A 2007 study revealed that short-term exposure to marijuana might lead to the expansion of bronchial air passages. As a result, the expanded airways let more air in when breathing. That would imply that patients with ALS could experience fewer periods of shortness of breath. Still, the same study warns that long-term exposure to cannabis could cause respiratory problems.

Excess saliva and drooling is another complication caused by ALS. The disease does not stimulate saliva production, however. Instead, patients can’t voluntarily swallow their saliva due to weakness of the swallowing muscles causing it to build up in the mouth.

Cottonmouth is usually a negative side effect of marijuana because of how dry the mouth gets. Yet, it is a boon for ALS patients that prevents drooling.

How can cannabis for ALS prolong life?

The primary problem that accelerates the progression of amyotrophic lateral sclerosis is the continuous death of motor neurons.

Preclinical data suggests that marijuana has neuroprotective, anti-inflammatory, and antioxidative attributes. That means that cannabis may prevent rapid cell death, a key contributor to ALS progression, and in the process possibly extend life. Incidentally, these qualities also make marijuana suitable for Alzheimer’s treatment.

The first study investigating the effects of cannabis on an ALS mouse model took place in 2004. At the end of the study, scientists discovered that cannabis slowed the disease process and extended the life of the mice.

Afterward, several studies have materialized to build upon this discovery. While the success of marijuana in ALS mouse models does not guarantee success in humans, it’s made a case for human trials.

Indica or Sativa for ALS?

So, Indica or Sativa for ALS? Both.

Hybrid strains combine the benefits of both the Indica and Sativa strains making them the best for ALS.

Another problem is the psychoactive nature of medical cannabis. Elevated anxiety and paranoia are common side effects of marijuana that may frighten patients.

Even so, milder forms of cannabis and careful dosing can deal with this risk.

Speak to a medical marijuana doctor near you

An expert opinion from a physician experienced in treating debilitating conditions such as ALS with medical cannabis is crucial when considering it for therapy. Moreover, medical states reserve potent medical-grade cannabis for patients with a medical marijuana card.

For symptomatic relief, medical marijuana is a viable option for ALS patients. Its ability to target and deal with multiple symptoms simultaneously without causing intolerable side effects gives it an edge over conventional medication.

Can marijuana for ALS alter the course of the disease? Results from clinical trials are scant and more evidence is necessary to validate this claim. But, investigations are underway. Perhaps soon, doctors will find an answer to the ALS cure conundrum.

In conclusion, regardless of the efficiency of marijuana as a treatment for ALS, the doctor’s advice always takes precedence. So, consult with your doctor and collate the potential benefits and risks of using medical marijuana.